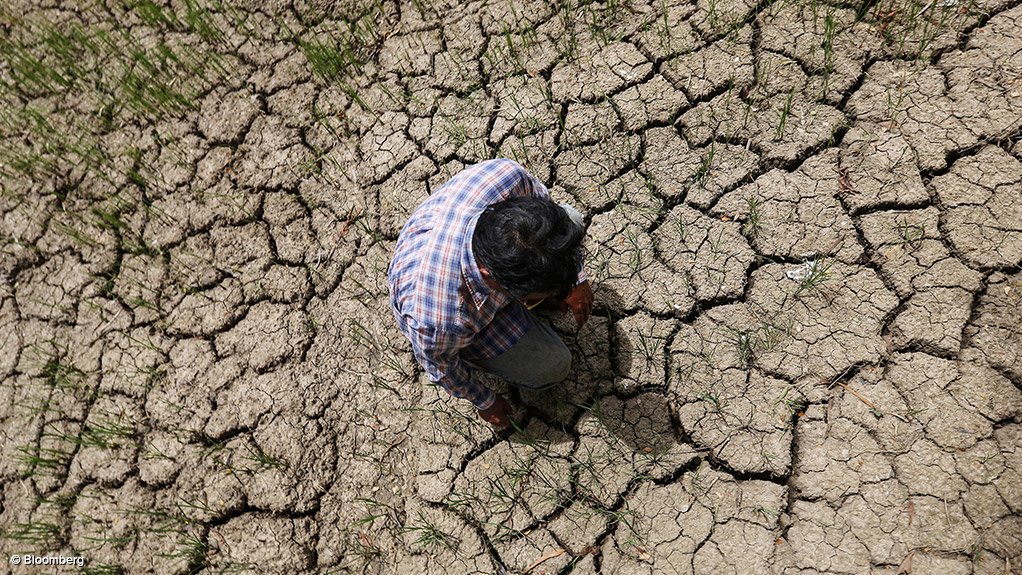 The worst drought in decades has cost South Africa’s agricultural industry some R16-billion to date; however, despite many provinces being hard-hit by the prolonged drought conditions, Agriculture, Forestry and Fisheries Minister Senzeni Zokwana did not believe the crisis was deep enough to declare a national emergency. Government would continue its drought relief measures with some R1-billion set aside by the Industrial Development Corporation (IDC) and the Land Bank to aid the worst-hit farmers with R528-million allocated for smallholder farmers and R130-million to support indebted commercial farmers. Print Send to Friend 2 1 The Department of Water and Sanitation reprioritised R502-million to deliver water, protect springs and refurbish boreholes and provide further intervention support programmes such as start-up gardens and food parcels to identified villages and towns. While the conditions were tough, declaring the drought a national disaster would only exacerbate the already dire situation, he said, indicating that banks would likely reduce their exposure to agriculture, thus reducing the amount of aid the sector was currently receiving and putting more pressure on farmers’ debt responsibilities. The Department of Agriculture, Forestry and Fisheries was currently examining additional funding options, including potential soft loans from the IDC and Land Bank and planned to approach the National Treasury for further funding. Funds had also been provided for feed and support for livestock farmers and general disaster relief measures. Rains, which typically started in October and November had been 10 to 50 days late and significantly below average, as the country remained hostage to an intense drought caused by what had been described as the strongest El Niño event in half a century. “Already, regional food supplies are limited, staple food prices are higher than average, and acute food insecurity is more prevalent than usual due to poor crop harvests in early 2015,” Agri South Africa (SA) executive director Omri van Zyl outlined earlier this month at a conference. An Agri SA status report on the current drought crisis highlighted the “devastating” impact of the drought, including the depletion of natural grazing, leading to the forced slaughter of livestock. The shortage of rainfall had led to reduced plantings of summer cash crops, with estimations that the area of maize planted for the 2016/17 season could total around two-million hectares – 25% lower that the area planted in the 2015/16 season. The maize crop had been reported at levels of 9.9-million tons in 2015 – a level that was well below the norm. Maize production was now projected to be down by 25% to 35% compared with the average, with imports required to meet the needs of both South Africa and its similarly suffering neighbours. “If the abnormally hot and dry conditions persist, a regional food security crisis, including a substantial increase in the size of the acutely food insecure population, is considered likely in the latter half of 2016 and early 2017,” said Van Zyl. “As the drought has a direct impact on the country’s food security, we will import an estimated four-million tons of maize to meet domestic needs,” Zokwana said, adding that R2.8-billion was allocated over the medium term to food security initiative Fetsa Tlala. The agricultural sector also recorded the largest decline in two decades as the industry posted a 14% decline during the fourth quarter of 2015 and a 8.4% drop between 2014 and 2015.

It is our preference that if you wish to share this article with others you should please use the following link: