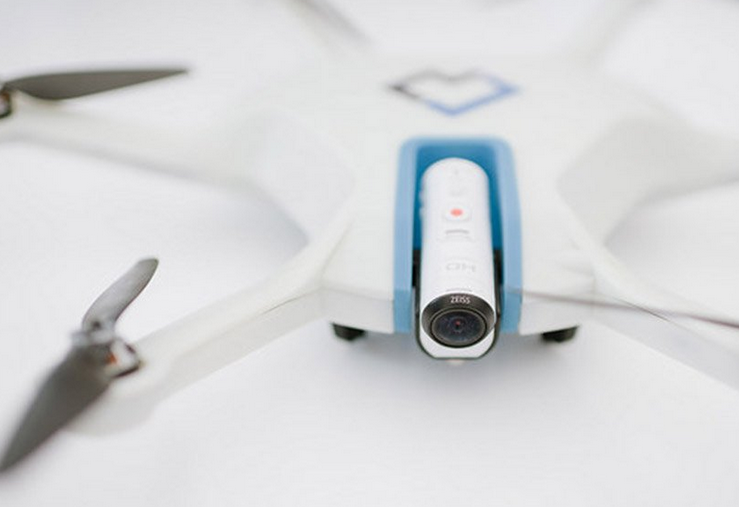 Drone and robot developer CyPhy Works showcased its LVL1 drone at Cisco Live in San Diego, in the US, on Wednesday.  The drone was also launched on crowdfunding website Kickstarter and fulfilled technology giant Cisco’s aim of connecting everything to the Internet, with the drone equipped with WiFi and global positioning system (GPS) capabilities.

Cisco embeds ‘security everywhere’ across extended network Bt Strengthens Global Defence Against Growing Cyber Security Threats With Cisco Firepower Solution Connected tools increase efficiency, safety for manufacturers “We’ve designed a drone that flies better, is more intuitive to control and is safer to fly than drones currently available on the market,” said CyPhy Works CEO and founder Helen Greiner. She added that the LVL1 was priced at $495 on the Kickstarter crowdfunding campaign, which was significantly less expensive than other drones.

“The cost saving was achieved by eliminating the gimbal and separate flight controller that other drones use,” Greiner explained. Consumer applications for the LVL1 include practical uses such as home maintenance and taking aerial photographs and videos of family events and holidays. Greiner claimed that the LVL1 would be the next generation in video camera. “The camera uploads images and video in real-time as a first person view to your mobile phone, and has GPS and WiFi capabilities,” she said. She further stated that the LVL1 drone also flew better than other drones currently available on the market. “It doesn’t tilt into the motion like multirotor drones, so you don’t get an unstable platform when shooting video or collecting remote sensing data. It flies better because it flies level.” Greiner added that the LVL1 drone offered improved safety capabilities owing to geofencing technology. “You can create a boundry within which the drone will fly – you don’t have to worry about taking it out for the first time and crashing it into a tree. It’s also really safe to operate, using a Swipe-to-Fly flight controller.” Meanwhile, CyPhy Works had also developed the nonweaponised Persistent Aerial Reconnaissance and Communications (PARC) vehicle system, which reached new heights in aerial reconnaissance. Owing to the company’s patented microfilament system, the PARC was capable of aerial coverage and true high-definition footage for days at a time. “The drone becomes your eyes in the sky and offers a power system that can deliver up to 1 000 W peak and 800 W of power indefinitely,” said Greiner. The PARC vehicle was capable of operating at altitudes of over 150 m above ground, or over 3 000 m in density altitude, enabling long-distance communications and extended visual reach.

The microfilament system carried power and Ethernet communication between the ground control station (GCS) and PARC vehicle. Owing to the direct connection provided by the microfilament, communications were secure and reliable. “CyPhy Works’ microfilament technology sets our flying robots apart. The combination of reliable, consistent, high-speed data and continuous power erases the most formidable problems facing unmanned systems today.” The microfilament was impervious to jamming and unaffected by water, power lines and other possible interferences. Further, because the microfilament directly connected the robot to its GCS, communications could not be intercepted, spoofed or otherwise compromised, ensuring data security, said Greiner.