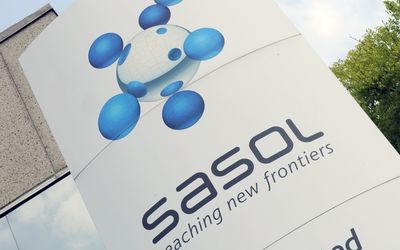 Energy and chemicals group Sasol reported a 17% fall in headline earnings to R49.76/share in the year to June 30, 2015, with a strong operational performance offset by a sharp weakening in market conditions, including a year-on-year oil price decline of 33%. Outgoing President and CEO David Constable indicated that the group expected oil prices to remain low until the end of the 2017 calendar year, with average Brent crude oil prices expected to remain between $50/bl and $60/bl in the 2016 financial year.

Weak oil price exacts toll on Sasol’s earnings Santos volumes rise, but oil price dents revenue Sasol had taken a ‘lower for longer’ view on the oil price and had aligned its structure and near-term strategy to that position. However, Constable said on Monday that there was potential for a major upward swing in the latter few years of the current decade and there were also some “wild cards” that could result in price increases in the nearer term. Questions, he said, were already being asked about how much longer Organisation of the Petroleum Exporting Countries (Opec) members could continue to take the pain associated with the sharp oil price decline since 2014. “That’s the one thing that could bring the oil price up faster than expected,” Constable said, adding that he was also optimistic about the outlook from about 2018 onwards. “If you look at how much capital has been taken out of the industry – hundreds of billions of dollars – and a depletion rate of 5% on non-Opec production . . . by 2018 you need 10-million barrels a day just to get back to that depletion. “If you add growth in – of say, a million barrels a day – by 2018 or 2019 you are going to need 15-million barrels a day. Now Iraq, Iran, Russia, Brazil are not going to be able to touch that.” However, for the immediate future Sasol would preserve cash, cut costs and build “resilience”. A far-reaching change programme, implemented since 2012, had already resulted in cost savings of R2.5-billion during 2015, which was ahead of the R1-billion target. In addition, the group’s response plan to the fall in oil prices at the end of 2014 recorded cash conservation benefits of R8.9-billion last year. The 30-month cash-conservation target, using December 31, 2014 as the baseline, remained between R30-billion and R50-billion, with capital portfolio phasing and reductions expected to contribute between R13-billion and R22-billion. Constable, who will be vacating the CEO position in June 2016 to take up an advisory role for Sasol in North America, indicated that the response plan could also yield a further R1-billion in sustainable savings over-and-above the R4.3-billion targeted under the business performance enhancement programme. The group was also pushing ahead with its $8.9-billion ethane cracker investment in Lake Charles, Louisiana, which was on track for completion in 2018. The project would account for the lion’s share of the rise in capital expenditure to R70-billion during 2016, from R45-billion in 2015. About R5-billion of the increase could be attributed to the weakening in the rand against the US dollar. The group was holding back on a larger $11-billion to $14-billion gas-to-liquids (GTL) development, also in Louisiana, but had completed a “reframing study”, which showed the economics of the 100 000 bl/d facility could be improved with modifications to its configuration. GTL LICENSING “We are still very excited by GTL,” Constable stressed, while revealing that the group had decided to also pursue a licencing model for the technology. The licensing concept was still in a pilot phase and would only be pursued in territories where Sasol was confident that its intellectual property could be safeguarded. “We have a pilot licensing programme running right now and we think of that as providing a licence, as well as the catalyst for the plant and technical services and support to ensure the plant is up-and-running successfully.” Sasol was expecting another strong production performance during the 2016 financial year, with CFO Bongani Nqwababa indicating that the focus would be on volume growth, margin improvement, cost optimisation and cash conservation. During the 2015 financial year, Sasol’s Southern African energy business increased liquid fuels sales volumes by 5% to 61.5-million barrels and volumes of 60-million barrels were being forecast for the current financial year. Sales volumes of performance and base chemicals rose by 2% in 2015 and sustaining volumes and margins in this were held up as key to “weathering” the current hostile market climate. “Resilience of the chemicals and Southern African upstream and downstream refining portfolios will support the business during the lower oil price environment,” Constable concluded.